Non-fungible tokens (NFTs) are the latest thing on everyone’s lips. So it won’t be long before developers start producing blockchain-based games. 2018’s Axie Infinity is one such experience.

These Axies act as NFTs for the game and can be exchanged for cryptocurrency. But how does it all work? What platform is it on? How to play? These questions will be answered below.

Axie Infinity is based on the Ethereum blockchain. The developers use Ronin, a sidechain that processes transactions and purchases. The studio aims to provide newcomers with an educational and fun way to enter the crypto scene with gaming.

Axies are one of the NFT items in the game that are part of the economy and are partially owned and operated by players. Therefore, they can also be loaned to newcomers. They can also be sold on the market for real money. The axes vary according to the varieties of rarities; the higher the rarity, the higher the value.

The second NFT item is Land: which can be purchased to raise and grow your adorable monsters; The terrain can be upgraded through resources and crafting items. The token objects used as progression for Axies are AXS and SLP. AXS are Axie Infinity Shards, which are your general NFTs that are the main market currency.

SLPs or Small Love Potions are the only way to grow your tamed creatures, so they are the most critical aspect of the economy. But the overall loop is simple: raise monsters, fight them, and trade them in PVP and PVE matches for rewards. This gameplay loop is intended to be rewarding from both a gameplay and a lucrative point of view. 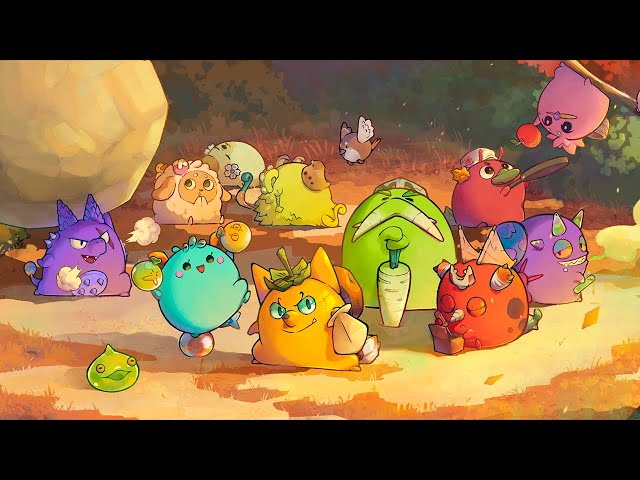 The biggest factor for many newcomers will be the admittedly high cost of entry. Players will need to buy 3 Axies to start. It can be anything from the cheapest to the rarest.

Those who cannot afford NFTs can check out Guilds. There are groups of volunteer veteran players (called “managers”) who can lend newcomers (called “scholars”) their Axies to get started. But it’s not without a hitch: original Axie owners will receive a small portion of the newcomer’s SLP reward: usually around 40%.

After watching the @AxieInfinity Original stream, I’m just in love with the new UI and game mechanics! I can’t wait to load up Mavis Hub and start streaming matches!

After watching the @AxieInfinity Original stream, I’m just in love with the new UI and game mechanics! I can’t wait to load up Mavis Hub and start streaming matches! I want to play Origin! Player! Player! Player! #axieorigin https://t.co/aF048puhK4

But getting to the heart of the game: the gist is simple: battles are 3v3 and use an energy/card system, much like Slay the Spire. Cards are used to utilize each creature’s different move sets.

Each of them costs a specific amount of energy and players only have a limited amount of energy to spend. In ranked matches, winning battles will allow players to move up the ranks and earn SLPs.

Meanwhile, losing will reduce their MMR (matchmaking rating). Not that players need to maintain an MMR of at least 800 in order to earn rewards. However, higher MMR equals more SLP gains. But don’t worry: other ways to get SLP include Daily Tasks.

3) On which platforms is it installed and how to install it?

We have a full schedule of leeks and events planned over the next seven days, culminating with the alpha launch of Axie Infinity: Origin on April 7!

1/ Origin’s launch week starts now! We have a full schedule of leeks and events planned over the next seven days, culminating with the alpha launch of Axie Infinity: Origin on April 7! Full article 👇axie.substack.com/p/originsoftla…

The NFT-driven game is available on PC (Windows and macOS) and smartphones (Android and iOS). Here’s how to set it up:

Step 1: Players will first need an Ethereum wallet (such as MetaMask) as a source of crypto. Be sure to add ETH for other NFT transactions.

2nd step: Then, use Ronin Wallet to manage purchase transactions from SLP and AXS. Download it through their respective links from the official linked page. It is available as a browser extension on a PC and an app on a smartphone.

Step 3: Add ETH to your Ronin wallet and buy 3 Axies via etplace. Once NFTs are purchased, players are closer than ever to beginning their journey.

Step 4: Players will then need to create an in-game account. Players can create a username and password – as is standard procedure for any online game. This is also done through the market.

Read also
The article continues below

Step 5: Download the game. This can be done on PC via the Marvis Hub. Smartphones will require an installer download.