If Arsenal ultimately fail in their attempt to return to the Champions League, they could end up looking back to this week as the week they blew it up.

Suddenly the initiative in the race for the top four has seemingly gone from the red half of north London to the white half, the worst destination of all for Arsenal.

A terrible week to forget saw all this. Two bad and untimely defeats as well as two major injuries ensured this. 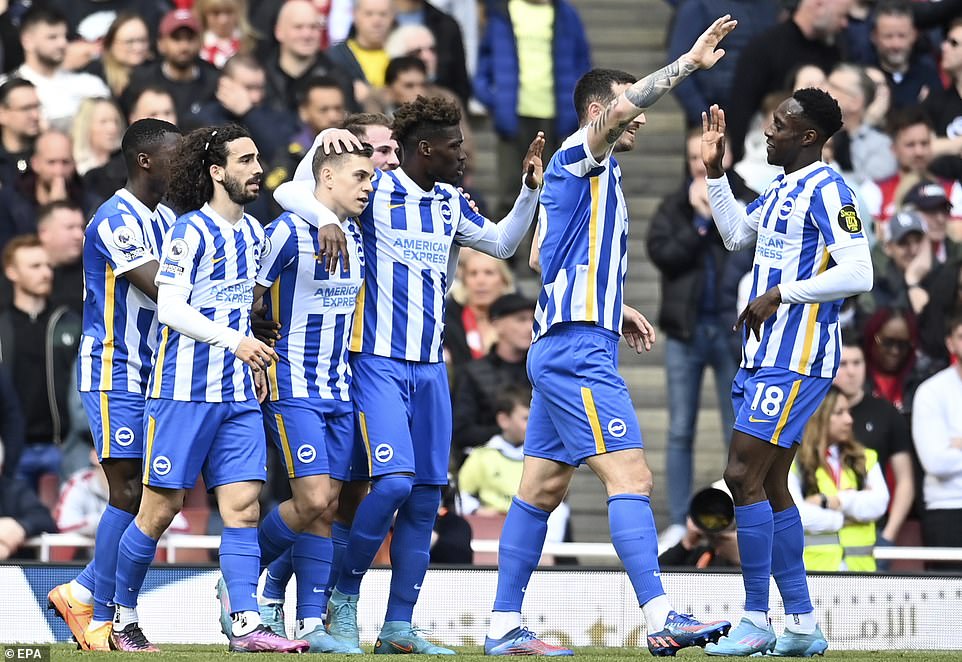 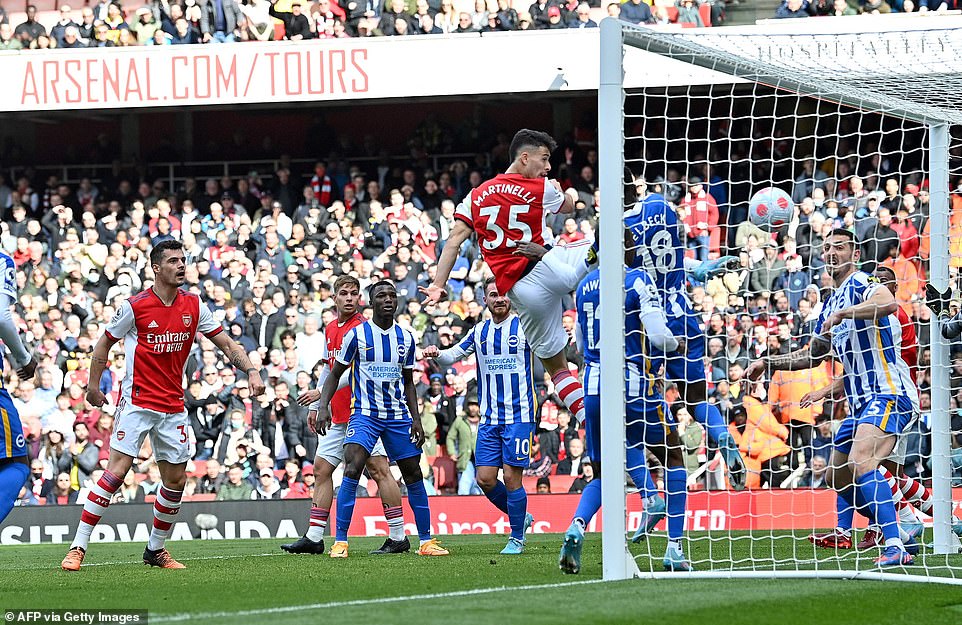 From such a promising position where a top-four spot seemed theirs to own, Arsenal pressed the self-destruct button and capitulated.

Perhaps fatally so when it comes to their hopes of returning to Europe’s elite competition.

For the second consecutive game, after Monday’s humiliation at Crystal Palace, the Champions League-worthy defining moments came from their opponents, in particular Brighton’s winner a technically expert finish from Enock Mwepu. 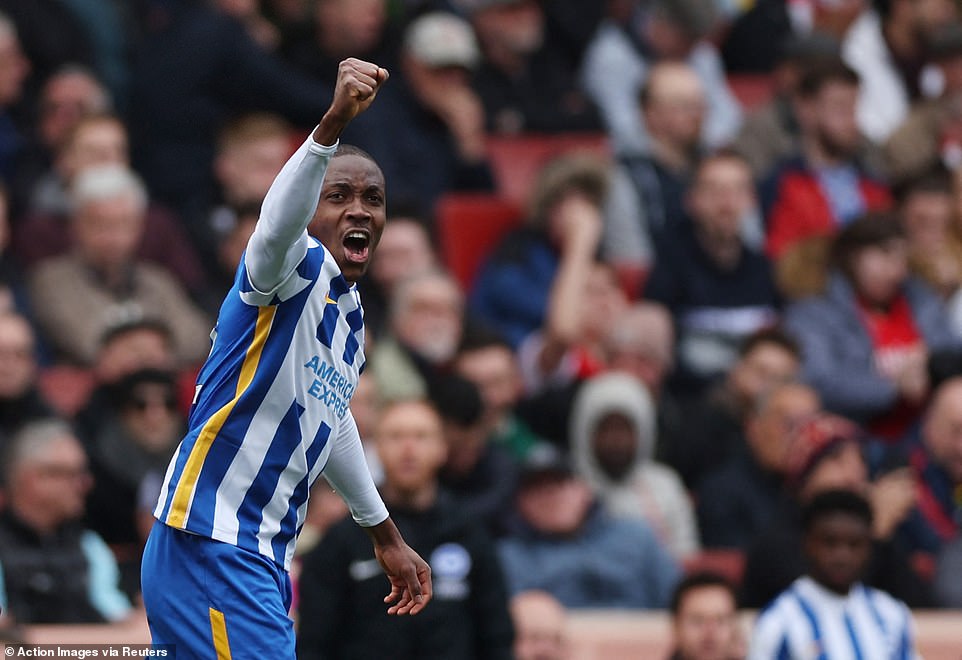 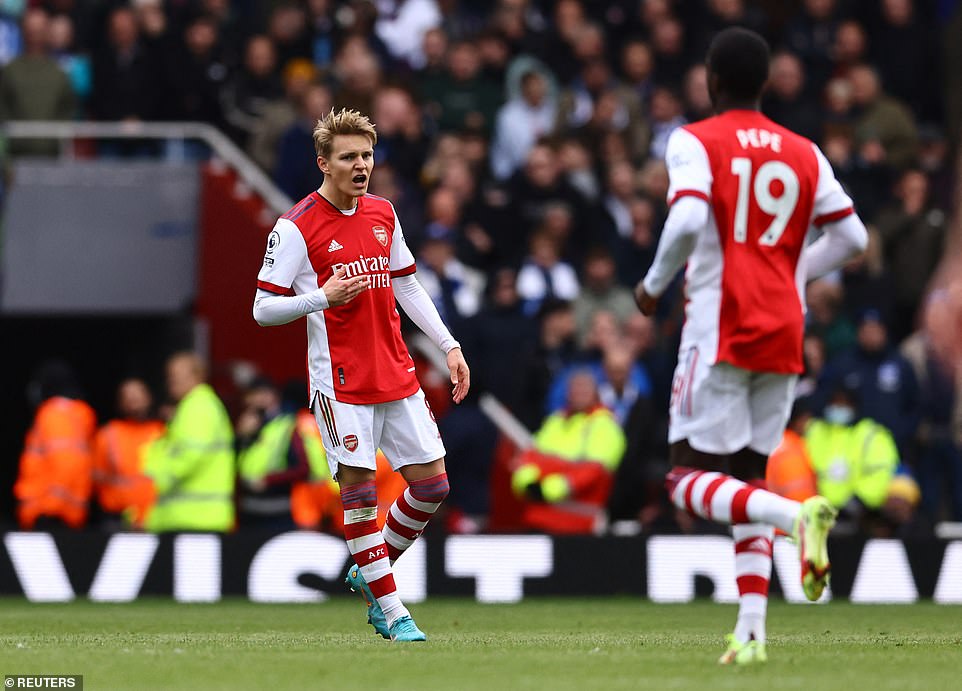 Arsenal have undoubtedly improved under Arteta. But not to the extent that you can be 100% certain how they will react to a setback.

Against Brighton, it appeared they had not recovered from the three they suffered before the Seagulls’ visit to the Emirates.

Along with their solid 3-0 past by a side managed by their former favorite Patrick Vieira, a loss that would be enough to shake the confidence of almost any team, the loss of two key players to injury, Kieran Tierney and Thomas Partey came on top of that.

Arteta handled the forced reshuffle by changing form into a mobile 4-3-3 midfielder Granit Xhaka at left-back, another kick in the teeth for Nuno Tavares who was Tierney’s replacement at Palace but hung on at halftime. 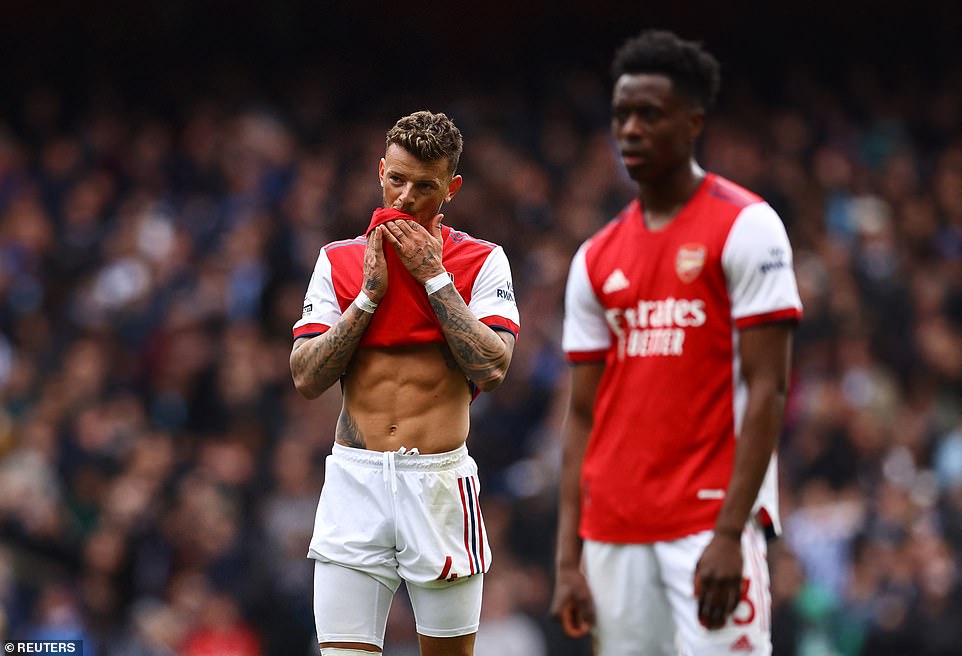 Arteta insisted on preparing for the visit to Brighton as Monday was gone. It didn’t look like it at first as they struggled for any rhythm. Credit to Brighton for that.

Their work rate to disrupt their hosts was clear. But Arsenal weren’t helping themselves either, reckless in possession and going sideways and back too often, causing growing frustration among their fans.

Halfway through the half, there were the first signs of life for Arsenal.

Bukayo Saka had a brief sight of Gabriel Martinelli’s goal, but Emile Smith Rowe’s run past him distracted his team-mate and the best shot chance was passed. Gabriel headed outside the post on Saka’s teasing free-kick.

But Arsenal’s momentum was halted when Brighton took the lead. Lewis Dunk looped in on the right and Enock Mwepu was free with all the time in the world as emergency left-back Xhaka was drawn forward and down the halfway line. It wasn’t the first time the position had gone vacant, with Xhaka appearing to be instructed to step forward and be an extra body in midfield.

As Arsenal’s remaining defenders retreated towards their goal, Leandro Trossard made a smart run towards the penalty area and Mwepu found the Belgian with a cutback which he sent confidently past Aaron Ramsdale.

Unsurprisingly, Brighton gained confidence from that and Arsenal took another hit. Even Martin Odegaard was guilty of giving away the ball.

The visitors needed a big block from Captain Dunk to stop Smith Rowe from leveling. Ramsdale was then rooted but relieved when Mwepu’s scuffed shot dribbled just past his post.

And just before half-time it appeared Arsenal had equalized only to have Martinelli’s header ruled out for the tightest of offsides after the longest of VAR checks.

Frustrated by this, Arsenal’s performance and scoreline, the half-time whistle and the officials were greeted with a chorus of boos.

When they returned, Arsenal’s intention at least improved. At times their pressure was so relentless that Ramsdale was sometimes the only player in Arsenal’s half.

The flip side was that Brighton had enough bodies in their area when needed to continually frustrate Arsenal and prevent them from properly testing Robert Sanchez.

Midway through the half, they advanced far enough at the other end to strike again. And it was a brilliant goal.

Marc Cucurella, Moises Caicedo and Trossard exchanged passes quickly down the left. Caicedo latched on to Trossard’s backheel and dug in a cross which Mwepu brilliantly fired into the bottom corner, the first time on the half volley.

It sank Arsenal’s life until the frantic final minutes of the game when Odegaard’s free-kick, via a Sanchez throw-in, and Eddie Nketiah’s follow-up rocked the bar.

Odegaard beat Sanchez with a shot that dived over the Spaniard after deflecting Danny Welbeck. Sanchez then acrobatically fended off Nketiah’s diving header.

And Arsenal’s hopes of a return too.